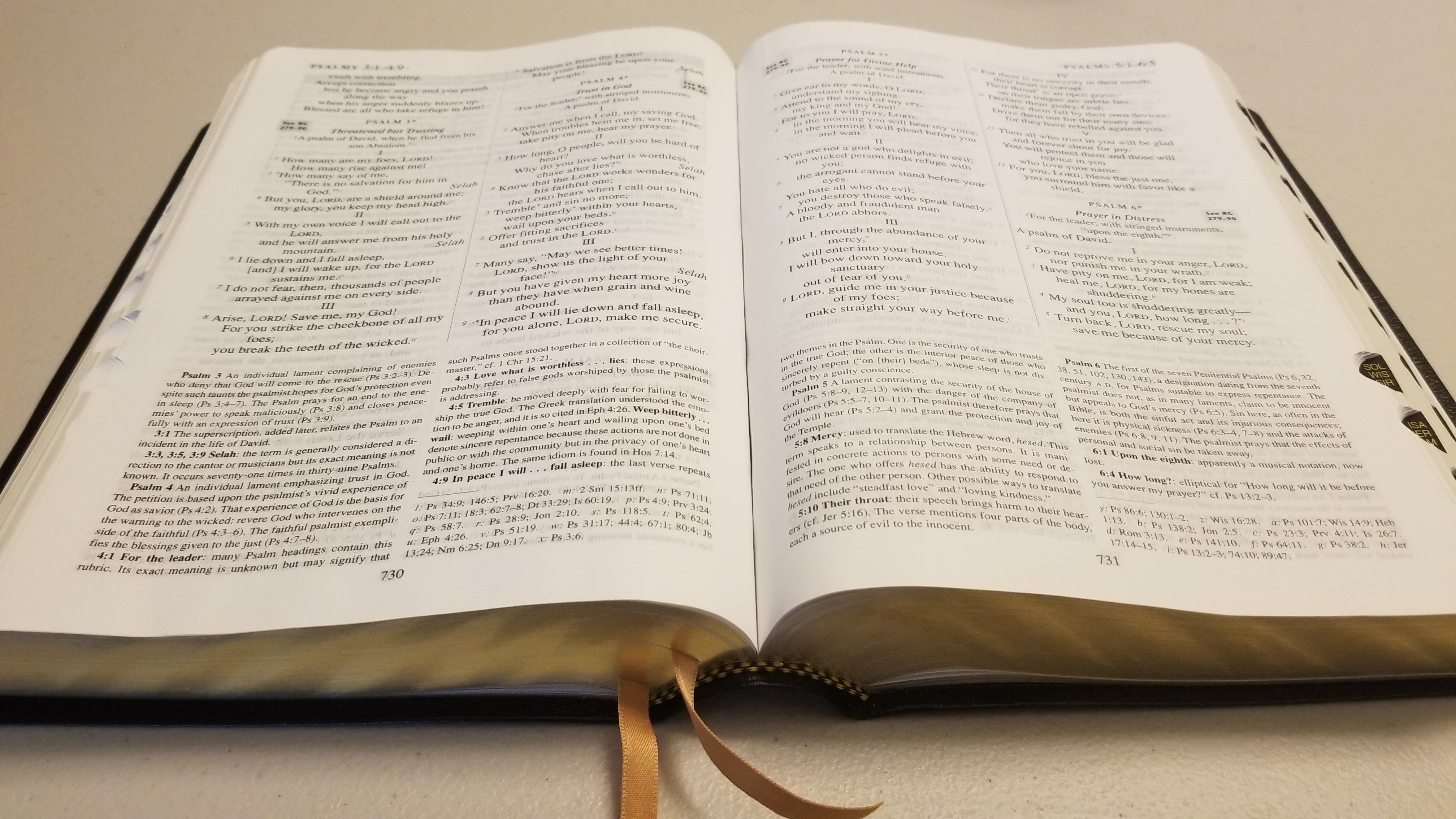 Since the New American Bible Revised Edition (NABRE) was released in 2011, the Catholic Bibles Blog has hosted multiple discussions of its excellence as a translation. The one that stands out most in my memory is Carl Hernz’s guest post in 2015 entitled “The NABRE: A Masterpiece in the Making?”. Carl masterfully elaborated the NABRE’s virtues in that piece. As someone who is familiar with the biblical languages, Carl also provides a valuable perspective of the NABRE’s accuracy and faithfulness to the original texts, while retaining good readability (and even beauty) in English.

Throughout the many discussions of the NABRE, though, I find relatively little mention of the NABRE Psalms, which I find particularly beautiful. In fact, I’d classify them among my favorite translations of the Psalms in existence. Their lyrical rhythm is unmatched by any other translation I’ve seen, aside from the Grail Psalms.

Futhermore, the Psalms in the New American Bible have a complicated history. The original translation, published in 1970, was apparently used in the NAB English Lectionary until 1998. In 1991, the United States Conference of Catholic Bishops (USCCB) approved a revision of the psalms, which used gender inclusive language. This version was rejected for liturgical use in 1994 by the Congregation for Divine Worship in Rome, due to inclusive language in reference to God and inclusive language in passages that have been traditionally understood in reference to Jesus. This debacle undoubtedly left a bad taste in the mouths of many Catholics. Since the Revised Grail Psalms were specifically translated to be in line with Liturgiam Authenticam, they come with a respectable repuation.

All of these considerations threaten to overshadow a truly masterful translation of the Psalms. Even the Revised English Bible (REB), which is my favorite translation of the Bible and renders poetry in the prophets with beauty and eloquence, does not match the beauty of the NABRE psalms, in my opinion. Consider the opening verses of Psalm 17:

The text has a rhythmic quality that is not quite matched by the REB:

Consider another example from the royal wedding song of Psalm 45:

Once again, the REB chooses vivid vocabulary, but it does not match the NABRE’s rhythm:

The NABRE Psalms are truly a hidden gem — a masterpiece filed away and rarely mentioned. They are a great resource for anyone who wants to read or pray the Psalms.

10 thoughts on “The NABRE Psalms: A Hidden Gem”