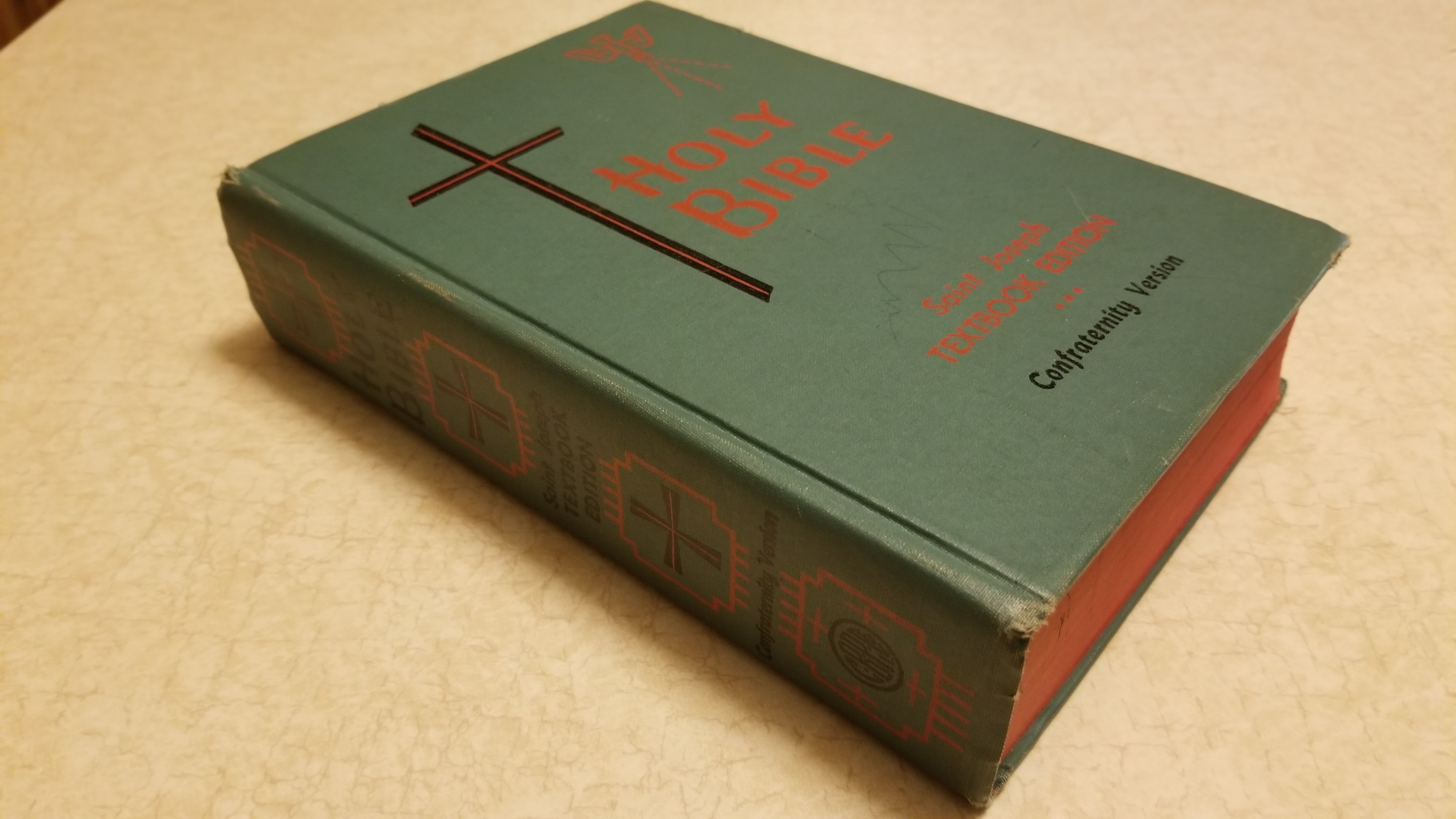 16 thoughts on “A Few Days with the Confraternity Bible: Part 1”