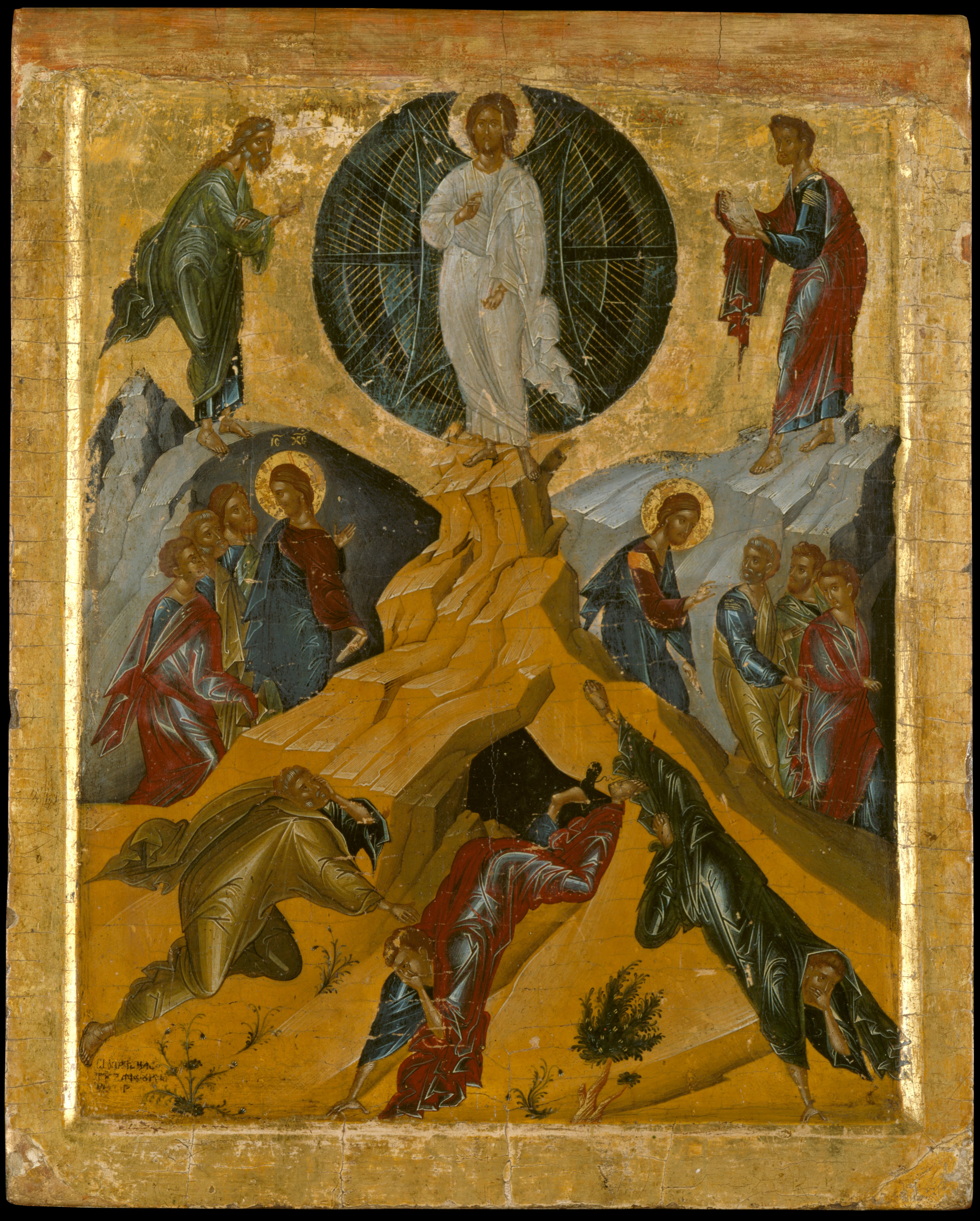 The gospel for last Sunday (the second Sunday of Lent) was Luke’s account of the transfiguration (Luke 9:28b-36). Something that immediately stood out to me was Luke’s report that Peter, James, and John were asleep at the moment when Jesus was transfigured. This detail is missing from the parallel passages in Matthew (Matt 17:1-8) and Mark (Mark 9:2-8). Here is Luke 9:32 from the NABRE:

Peter and his companions had been overcome by sleep, but becoming fully awake, they saw his glory and the two men standing with him.

Of course, this passage reminds me of the many times when the apostles were clueless throughout the synoptic gospels, especially the Gospel of Mark. One of my favorite examples is Mark 8:14-21, where Jesus tries to warn the apostles about the Pharisees and Herod, but they assume he’s making a veiled reference to not bringing enough bread:

They had forgotten to bring bread, and they had only one loaf with them in the boat. He enjoined them, “Watch out, guard against the leaven of the Pharisees and the leaven of Herod.” They concluded among themselves that it was because they had no bread. When he became aware of this he said to them, “Why do you conclude that it is because you have no bread? Do you not yet understand or comprehend? Are your hearts hardened? Do you have eyes and not see, ears and not hear? And do you not remember, when I broke the five loaves for the five thousand, how many wicker baskets full of fragments you picked up?” They answered him, “Twelve.” “When I broke the seven loaves for the four thousand, how many full baskets of fragments did you pick up?” They answered [him], “Seven.” He said to them, “Do you still not understand?”

A more disastrous episode was in the Garden of Gethsemane, when the disciples could not stay awake to pray, despite Jesus’ repeated urging and agony (Mark 14:32-42).

As I reflected on these things, the most obvious conclusion seemed to be: Stay awake! Pay attention! Don’t allow yourself to become complacent in your walk with God. This fits well with other passages in the gospels, such as the parable of the wise and foolish virgins (Matthew 25:1-13), or Jesus’ exhortation to the disciples in Luke 21:34-36:

“Beware that your hearts do not become drowsy from carousing and drunkenness and the anxieties of daily life, and that day catch you by surprise like a trap. For that day will assault everyone who lives on the face of the earth. Be vigilant at all times and pray that you have the strength to escape the tribulations that are imminent and to stand before the Son of Man.”

But the more I reflected on it, the more I was struck by the fact that Jesus revealed his glory to the apostles despite their inadequacy. Furthermore, these were three of Jesus’ closest followers. They left their former lives behind to follow him. How true it is that despite our best efforts, we still fall far short of God’s glory; despite our study and quest for understanding, we are still clueless before the mind and wisdom of God.

How incredibly blessed we are that God comes to us in the midst of our cluelessness and weakness — like Jesus revealed himself to the sleeping apostles. This is one of the core parts of the mystery of salvation. As Father Joseph Ratzinger (long before he became Pope Benedict XVI) wrote in his book Introduction to Christianity:

[M]an comes in the most profound sense to himself, not through what he does, but through what he accepts. He must wait for the gift of love, and love can only be received as a gift. It cannot be “made” on one’s own, without anyone else; one must wait for it, let it be given to one. And one cannot become wholly man in any other way than by being loved, by letting oneself be loved.

So in the end, Luke’s transfiguration left me pondering how to reconcile the urgent call to stay awake and be vigilant with the reality that even our best attempts to stay awake will fall far short of God’s mark. Interestingly, this is also the core of the debate between Catholics and Protestants on whether works play any role in salvation. My best answer for the moment is that God’s action is truly indispensable, but His tremendous gift of love calls forth a similarly complete response of love from each of us, even though our response is so limited compared with His gift. Fr. Ratzinger reflects on this quite deeply:

[T]his classification of human activity as only of penultimate importance gives it at the same time an inner liberation: man’s activity can now be carried on in the tranquility, detachment, and freedom appropriate to the penultimiate. The primacy of acceptance is not intended to condemn man to passivity…On the contrary, it alone makes it possible to do the things of this world in a spirit of responsibility, yet at the same time in an uncramped, cheerful, free way, and to put them at the service of redemptive love.