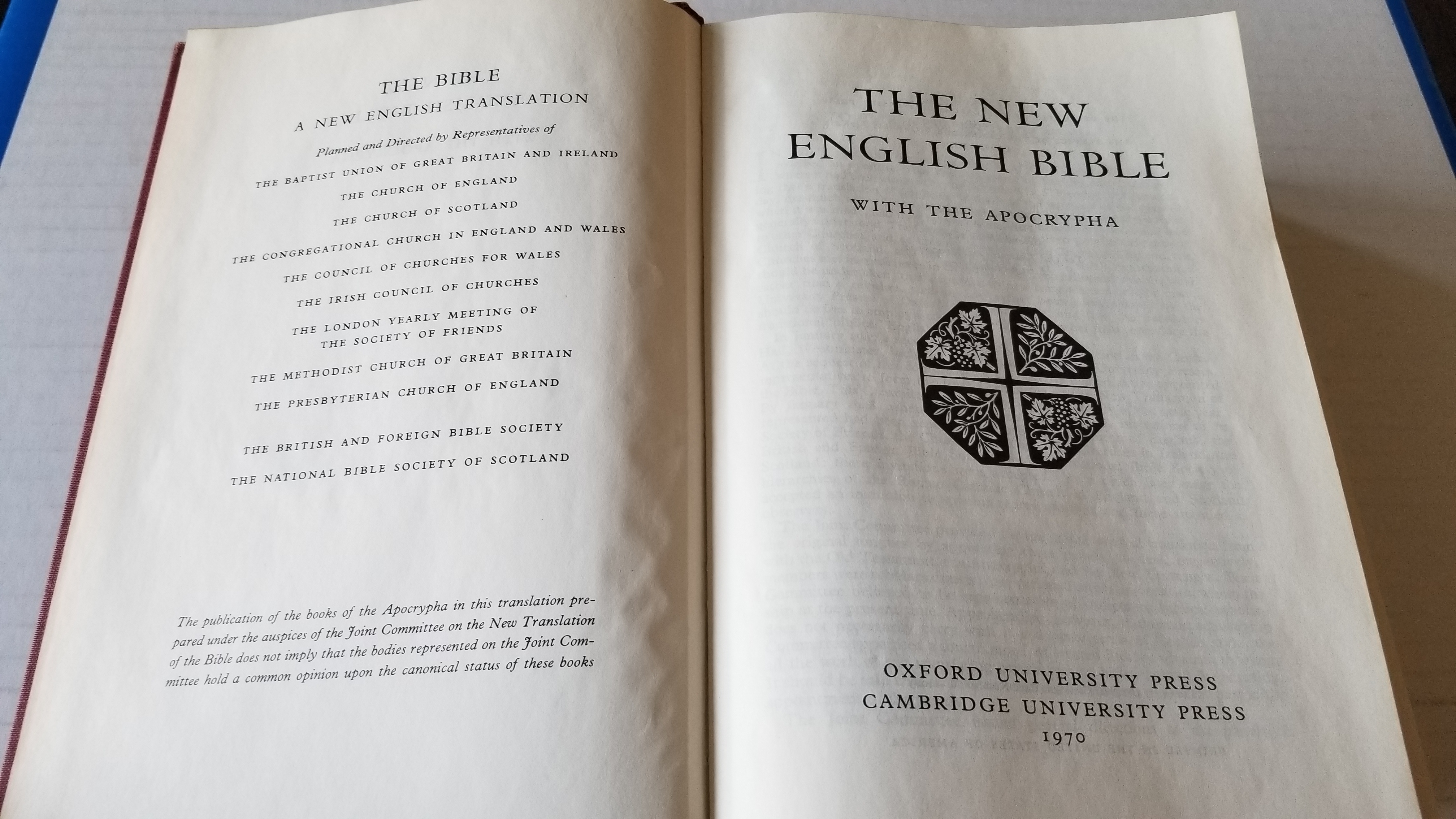 I was browsing the bible section of a used bookstore a few weeks ago and came across an exciting find: an old hardcover Oxford/Cambridge edition of the New English Bible (NEB) with Apocrypha. This is the first time I’ve laid my hands on a complete copy of the NEB, which was the precursor to my much beloved REB. The complete bible is no longer published in a single volume. The only edition still in print is a paperback edition in three volumes from Cambridge University Press.

The end result was the New English Bible, which was published as a complete bible in 1970. The Catholic Churches of England, Wales, Scotland, and Ireland became involved in the joint committee sponsoring the translation after Vatican II, and selections from the NEB (along with a few other translations) are used for scripture readings in the Divine Office for Catholics in the British Isles.

The NEB uses the same convention for archaic language as the Revised Standard Version (RSV). All prayers addressed to God use the thee/thou archaic forms, but the rest of the narrative and dialog portions of the text use “you”. The NEB was published just 4 years after the original Jerusalem Bible in Britain, and both editions featured a single-column text format.

16 thoughts on “Out of Print New English Bible with Apocrypha”