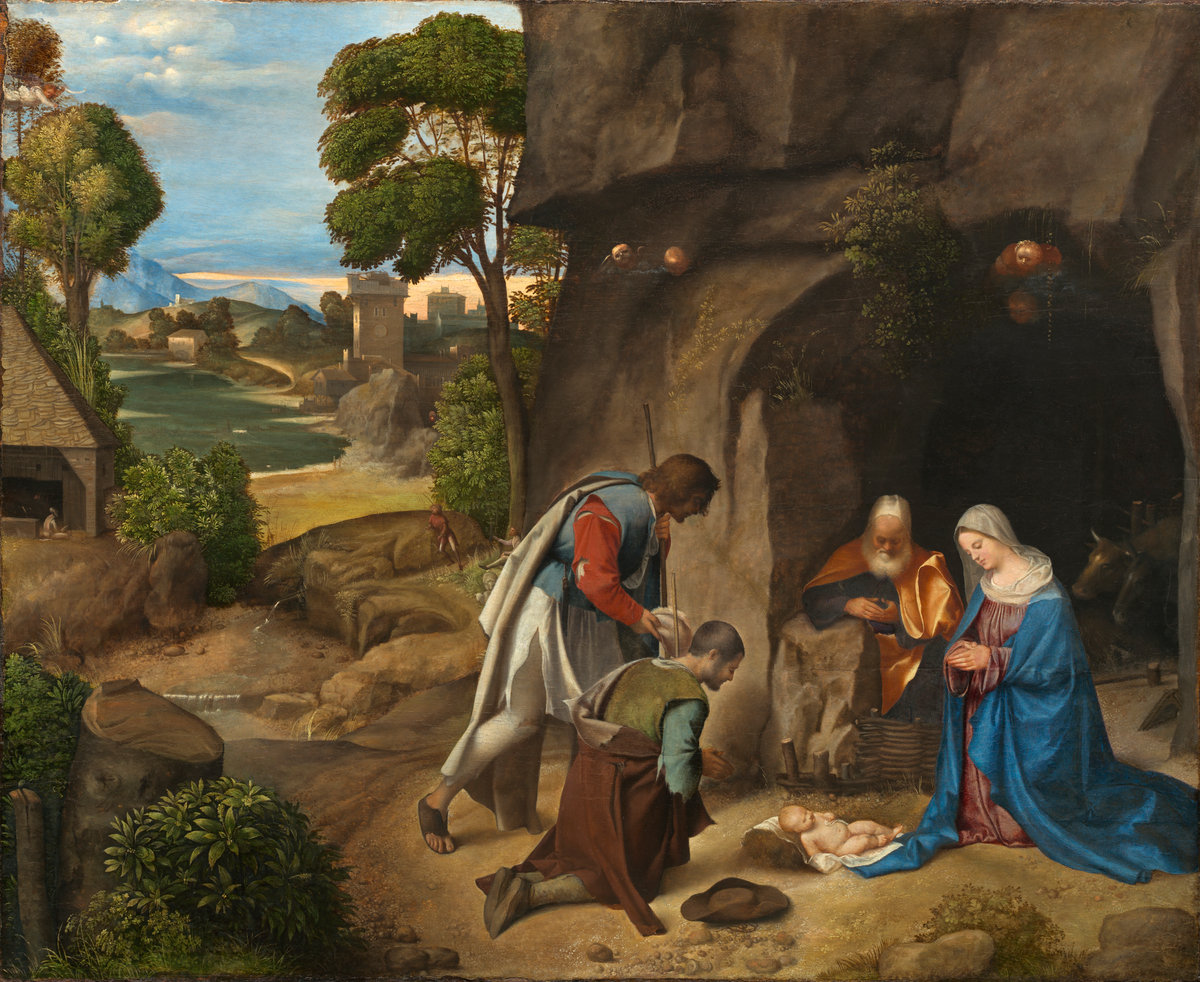 In those days a decree was issued by the emperor Augustus for a census to be taken throughout the Roman world. This was the first registration of its kind; it took place when Quirinius was governor of Syria. Everyone made his way to his own town to be registered. Joseph went up to Judaea from the town of Nazareth in Galilee, to register in the city of David called Bethlehem, because he was of the house of David by descent; and with him went Mary, his betrothed, who was expecting her child. While they were there the time came for her to have her baby, and she gave birth to a son, her firstborn. She wrapped him in swaddling clothes, and laid him in a manger, because there was no room for them at the inn.

Now in this same district there were shepherds out in the fields, keeping watch through the night over their flock. Suddenly an angel of the Lord appeared to them, and the glory of the Lord shone round them. They were terrified, but the angel said, ‘Do not be afraid; I bring you good news, news of great joy for the whole nation. Today there has been born to you in the city of David a deliverer — the Messiah, the Lord. This will be the sign for you: you will find a baby wrapped in swaddling clothes, and lying in a manger.’ All at once there was with the angel a great company of the heavenly host, singing praise to God:

To all of my readers: I’m praying that you have a blessed Christmas and a joyful Christmas season over the next couple weeks. May the Lord Jesus who humbly became one of us enlighten us and enliven us to bring his light into the world. Lord open our lips, and our mouths will proclaim your praise!

One thought on “Merry Christmas!”